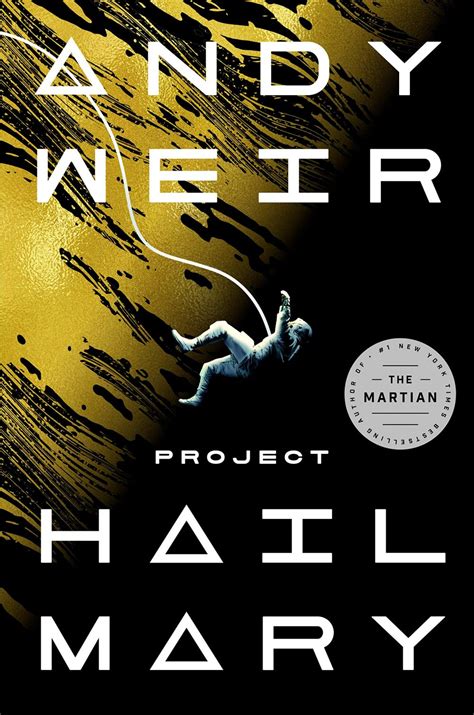 Andy Weir’s new best selling science fiction novel Project Hail Mary is an intriguing and fascinating tale of human perseverance in the face of the unknown. The novel follows Ryland Grace, a man with no memories alone and adrift in an unfamiliar
spacecraft as he tries to piece together who he is and the objective of the mission that stranded him. The story suspensefully introduces both the reader and Ryland to memories of his past that slowly build to satisfying revelations. This novel shines an
unforgiving and insightful light on the stress people experience when faced with impossible odds and decisions that decide the fate of something bigger than the individual. If you like some of Andy Weir’s other books (namely Artemis and The Martian) you will enjoy this novel as its characters have a similar flair while it retains the suspense and palatable scientific depth of Weir’s previous work. The author takes great care to build upon the fantastical elements of the story with scientific theory commonly
understood in the present, using it as a tool to subtly entertain readers with the theoretical possibility of the insane antics of the characters being put to practice. That care and attention to detail is a large part of why I hold this novel in such high regard
among all the other science fiction material I’ve read.
This novel is of a medium length with just short of 500 pages in hardcover form. While there were certain opportunities for great moments that I feel were missed, it covers a long period of time relatively well given its length with large gaps in time not
feeling empty or unwarranted. The characters feel like real people, some of them become extremely memorable and well developed despite their brief or limited presence in the story. Ultimately despite some minor criticisms I believe this book is worth the time for any reader with an interest in the science-fiction/fantasy genre.