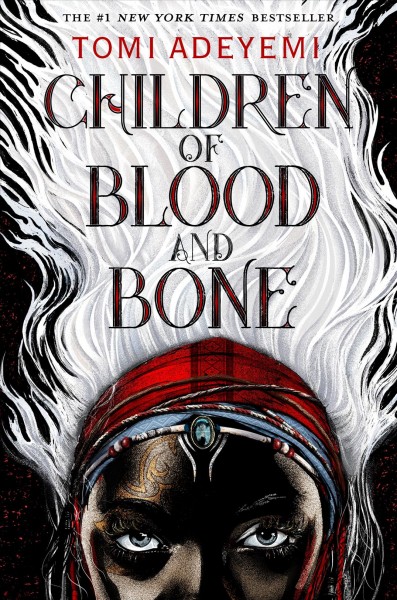 Children of Blood and Bone by Tomi Adeyemi is about magic and the price that people must pay in order to do the right and wrong thing. In this imaginary yet mesmerizing world of Orisha created by the author, magic was lost eleven years ago and the world seems empty and lonely. The king in this story killed all of the Maji, who were Diviners directly blessed from the gods. The king happened to kill Zeile, the protagonist's mother who was a great Reaper (a goddess-like figure). Zelie feels like it's her duty to save and preserve all the magic in Orisha. Along the way, her brother Tzain and a wild rogue princess named Amari help Zelie combat the unimaginable. Having to face the king and the distractions he would put in their path to victory showed how strong Zelie and her friends could be. Overall, I think this book shows readers that you can become fearless when faced with something dangerous or nerve-wracking. My favorite character is Zelie because when she was faced with major danger, she didn't shy away from it, she did what she had to do to save magic and most importantly, her family. The book title relates to the book and its lessons because Zelie, her brother, and Amari and many more “children” like them are the aftermath of many conflicts that have occurred in their world of Orisha. They are the children of the fighters, warriors, god and goddess-like figures that once ruled their world freely. This book perfectly represents what it means to be passionate about something (in this case, magic) and trying your hardest to preserve and work on it.

“Children of Blood and Bone” by Tomi Adeyemi was a fantastic book. The word choice was beautiful, adding so much depth in the magical world that Zelie, Inan, and Amari live in. The struggles of each character add so much to why the characters are who they are and why they’re trying so hard to accomplish their goals, and by any means possible. My favorite character in the book was Zelie, mostly because of how persistent she was in the book and how she never wanted to give up, and always accomplish goals in the right way, instead of messing it up like she does most of the time. Her determination makes her the character that she is, adding on to how to she is a well written protagonist. After reading this book it tells me the author, Tomi Adeyemi is a great author and I would read more of her books because this one was so good. I feel like the title of the book adds to the story because a main part of the story was the slaughter of the maji, and how blood was spilled and how magic was ultimately destroyed, the title prepares the reader for what they are about to read, that the backstory of the people is sad and depressing. I would give this book a 4 out of 5 stars because this book was beautifully written with the characters having a deep connection with each other, adding a more realistic effect of this fantasy.